Shane hid between the lockers with his back to the wall.  There was no response from William and he was certain there wouldn’t be one.  He had seen him with his friends.  He had seen the basketball and the way they were goofing around.  He knew what they were up to and he was jealous.

Against his better judgment Shane found himself walking in the opposite direction he normally walked home after school, down to the basketball courts where he could already hear the thud of the ball and the shouts of the players.  He walked to the fence where he could make out the two teams, skins and shirts.  William was on the skins.

He smirked at the sight but corrected himself quickly and masked his interest with his face of disinterest.  It was a practiced face.  He moved closer, took hold of the chain link.  William was easy to spot being one of the tallest.

Those things didn’t happen in real life, he told himself.  Fantasy is another disappointment, there should be no expectations.  He just kept moving one foot after another until they were all behind him.

He wished he didn’t feel so vulnerable.  He wished there was some way to defend himself.  Other people want guns and knives, baseball bats, but he told himself it shouldn’t have to come to that.  No, he needed something else.  That’s when he thought of taking Karate lessons.

It didn’t take him long to get home.  When he did he dropped his bag by the door and kicked off his shoes before he went to find his mother in the living room doing needle point.  He found a piece of paper and a marker then moved to sit beside her.

“How are you today?” she asked.

He grunted and shrugged his shoulders before he pulled off the cap and writing out a short message.  He held it up for her.  It was a request to take Karate.

She reached for his head, ran her fingers through his hair, until he pulled away.  He held the paper so she could see it clearly and tapped against it with the marker.  She frowned and put down what she had been doing.

“We’ll talk about it with your father,” she said.

He dropped the paper and marker on the coffee table before he got up with a grunt.  His one good thought seemed to be defeated.  But what could he have expected from her?  He turned and walked away from her, retrieved his bag, and climbed the stairs to his room where he tossed his bag on his bed and instinctively pulled out his phone to check for messages.

There could only be one person who would text me and he’s on the basketball court trying not to be a homosexual, he thought.  I’m such a fool.  He tossed the phone next to his bag and went to his computer for some kind of escape.

Hours later as he was involved in a game his mother called to him from downstairs.  He pulled off his headphones and paused the game before he got up and went back down to find both of his parents in the living room.  He stepped into the doorway.

“Hello there,” his father said.

Shane raised his hand to signal hello before he stuck both of his hands in his pockets and began to rock on his feet.

“Your mother showed me your note.  We’re not sure if it’s a good idea.  It’s a lot of training and I’m not sure how useful it would be.”

“What I mean is I had another idea.  It’s actually something I’ve been thinking about for some time.  I was thinking you could take self-defense classes.  It wouldn’t be about black belts and all of that.  It would be practical.”

Shane walked to them.  Each gave him a hug.

“Maybe your brother can go too,” his mother said.

Shane rolled his eyes.
Posted by Bryan James at 1:45 PM No comments: 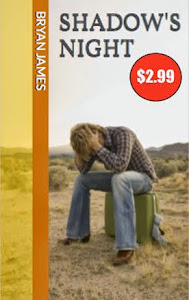 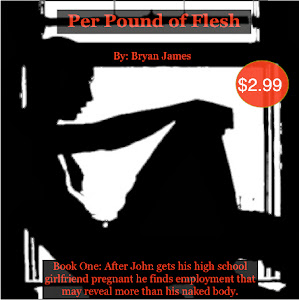